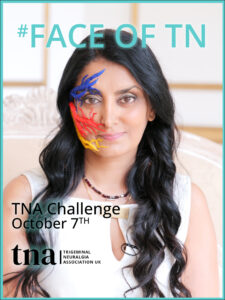 The need for National Trigeminal Neuralgia Awareness Day on October 7 is vital to raise awareness of the condition. Ensuring people know about the most painful condition that a human can endure is vital. Mainly for the doctor or dentist to not only diagnose but understand the condition. I had suffered from this for nearly a decade, though others are still suffering and undiagnosed.

The Trigeminal nerve has 3 major branches

As the CEO of the Trigeminal National Association UK, my aim is to educate, support, and research a cure for what is often called ‘suicide disease. Trigeminal Neuralgia is a chronic condition with the pain being intense. For many feeling like razorblades or electric shocks running down your face.

Having trigeminal neuralgia is like someone has taken your ability to live. smiling, laughing, and even going for a walk outside when it is windy will cause immense pain in the face of the affected.

Trigeminal Neuralgia is the most painful condition that a human can endure.

for many, the slightest breath of wind on your face can and will trigger an attack. When you brush your teeth, eat, talk, or even when putting on makeup, this can make the pain excruciating. this is different for everyone, and no two cases are the same. For instance, my pain is on both sides and mainly gives me pain during the nighttime. Whereas one of our Trustees has pain all the time when chewing or drinking.

Diagnosing trigeminal neuralgia and its Treatments 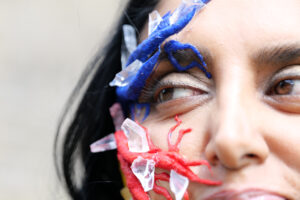 The first place that many go to for support is the dentist, as it feels like the worst toothache in the world. There are medications that can help alleviate the pain. Surgery is also available though this is not guaranteed to remove the pain. I have also suffered for more than 7 years with Trigeminal Neuralgia. This is the most painful condition and no one knows what it is. The disease is so unknown that the doctor recommended I have all my wisdom teeth removed and even after this the pain is still often a 10 out of 10. I had Microvascular Decompression MVD  for Trigeminal Neuralgia my TN in December 2020, sadly I am still in pain every night.

Cutest Dog in the world Face of Trigeminal neuralgia