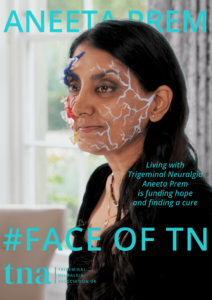 The Face of TN

I came up with the Face of Trigeminal neuralgia campaign for people that have trigeminal neuralgia, but also for their friends and family that support and help them through tough times. The Trigeminal Neuralgia day felt incredibly important especially as it came to fruition in facial pain month. These people that have Trigeminal neuralgia suffer through the most painful condition in the world often called suicide disease. The condition is invisible no visible way to diagnose it,  only the pain the sufferer goes through. This is why i came up with the Face of TN idea, as it now has a viewable symptom.

The Trigeminal nerve and how it works ….

Everybody has a trigeminal nerve in their face, but not everyone’s trigeminal nerve causes excruciating pain. Asking people to do The Face Of TN is the start of raising awareness, but it is no easy task. I think it’s important to show the nerve as its aim is to visualize an invisible condition. For me, the pain often feels like shards of glass, razor blades, or electric shocks attacking my face. These attacks mainly surface on the v3 nerve which is on the lower part of my face for instance.

I’m humbled at the number of people that have taken up the Face of TN on social media. All the people that have drawn, painted, and modeled the TN nerve on their faces have shown what the pain feels like and I am immensely proud of them for this. This is extremely brave for letting others know the pain you’re in. The Face of TN is the start of awareness and also the start of a cure. 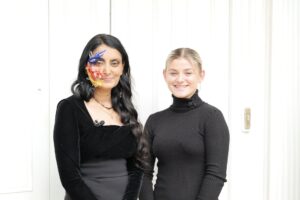 Jess Utting is starting up as a talented makeup artist who did all the makeup on myself. The makeup needed to show the right colour and nerve design, which she came up with by herself. She had done a great deal of research and was able to collaborate with me on #FacofTN. The result of this was the massive amount of people that put the nerve on their face, and the huge number of people it attracted.

Being the CEO of TNA in the UK involves trying to come up with innovative ideas that will bring the whole world together in light of this awful condition. As the 7th of October is national Trigeminal Neuralgia awareness day, we produced a professional short video that meant that we were able to share this on many platforms and I am truly proud of the amounts of views we’ve had and the uptake on this. This year has been the pilot of the Face of TN challenge, we hope you and the people you know will take up the challenge to highlight this incredibly painful condition not only in the UK but around the world